Cleaning for a Reason

Cleaning for a Reason is more than just a program to give free home cleanings to
women going through cancer treatment. It’s a passion and crusade that is close to
my heart.

There are few people whose lives have not been touched by cancer in one way or
another. Perhaps you’re a survivor yourself or watched friends and relatives valiantly
fight and triumph or succumb to the disease.

Cancer treatment robs people of their energy and money. Any energy left goes to
fighting off the disease and giving their families as much love and normalcy as
possible. The last thing cancer patients need to worry about is keeping the house clean. 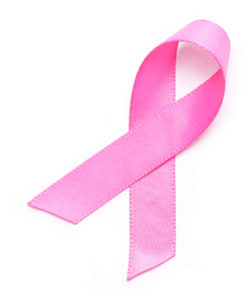 We’ve provided recurring monthly cleanings to two women since we joined the program in early 2015. The look of appreciation in these women’s faces brightens my day and strengthens my soul. Many people don’t realize how important a clean home can be to a person, especially to someone unable to keep up with it themselves. It can cause depression at a time when these women need to be uplifted. I was told by one of the ladies we have served how it was such a joy to have cleanings done, as anytime she would begin a task she would have to take breaks to rest very frequently and the process of cleaning was defeating.

The program began in 2005 after cleaning service owner Debbie Sardone received a phone call from a woman, seeking a price quote for a home cleaning. The woman said she couldn’t afford it because she was in cancer treatment and abruptly hung-up.

Sardone never got her name and there was no caller I.D., so there was no way for the business owner to contact her again. A year later, Cleaning for a Reason was born so no woman going through such trials would have to utter those words again. Since its creation, Cleaning for a Reason provided more than 20,500 people with cleaning help at an estimated value of $5.6 million.

In a world with skyrocketing medical costs, it’s one way we can make things a little easier for people battling for their lives against an invisible adversary. Raleigh Cleaning Company is proud to be a part of this effort to help support all the women in the Wake Forest/Youngsville/Rolesville/North Raleigh area suffering from this terrible disease.